A fair share of the men of this generation do not know how to impress a girl, instead, they turn out creeping them out.

If you are having the same problem then there must be something that you doing wrong. Today we will be talking about some of them best ways how NOT to turn out as the creepy guy.

She might look very attractive and you might be admiring her body but as soon as she notices you doing that make a direct contact instead of looking away. If you look away, she could feel alarmed that you are some lusty guy trying easy hookup methods.

If you see a woman checking you out go and talk to her directly and she is more likely to find you confident rather than clumsy. It is OK to be nervous so be open about your nervousness and tell her that you are tensed. End the conversation with a compliment and you will be meeting her again.

3. Do not objectify women

It is quite ok if some time you are looking at and admiring a woman’s ample bosom but if she catches you doing it woke up to her confidently and say something like- ‘ sorry I have been looking at your chest too long but your shirt is really nice’. If you look away you would actually be objectifying women and that is not exactly what any girl wants.

4. Do not show up at the girl’s workplace

There is a specific difference between personal and professional issues and it’s high time you stopped following a girl to her workplace. It creeps the girl out when she is trying to work and you are staring at her trying to engage in small talks.

Remember you’re not using some hookup app, instead, you’re sitting with her. Every girl does not like a boy admiring her incessantly and if you were to VIT she might be freaking out a little. Also, it is not a good sign to show overconfidence. Most girls say, that many guys say things like – ‘ I could be with all these other girls but I can’t stop thinking about you’. To them, it seems really tacky and creepy.

Let The Silence work it’s magic on her.  do not start complementary as soon as you have met because then you would seem starved of intimacy. Do not go around telling her how perfect and amazing she is because you just met her minutes ago. Do not try to give an excess of compliments before you know her completely.

Many guys walk up to the girl’s workplace and if she is into the service industry he acts like he is the only existing customer which can be annoying and creepy at the same time. It is OK to meet her during her work breaks, but if you seek too much attention you are just being a fool.

8. Not insisting to be the safest

Don’t make the girl feel that she is with the safe person again and again just to let her guard down. Let her do that in her own convenient time. Girls find it extremely creepy when a guy boasts multiple times about how strong he is. We understand that you are trying to make the girl comfortable with you but it might not work every time in fact, it might make you look like an insecure guy.

9. Not offering to walk home at the very first meeting

Place yourself in the position of the girl and think about how you would feel if somebody wanted to walk along with you to your home saying that it is not safe for you to be alone. For all, she knows she would think of you as a potential rapist. Plus she will also be uncomfortable to think that you might be stalking her.

Girls never take it on a positive note if you have met them and you’re starting to touch her right away. Seek permission even before you hold hands because the girl might or might not be comfortable with the idea. Better still, seek option before touching her in any way otherwise she might find you creepy.

11. Do not send sexual videos

Even while you are texting the girl, you should never send her any sexual content before asking. The girl might not be comfortable to get such kind of photos or videos from a person that she has just met and might find you creepy instead. Sending sexual content does not make any girl feel turned on especially when she has just met you.

12. Do not be overprotective of the girl

Following the girl to the car at the house even when she denies might be a bit creepy. You might think of it as a protective move but she might be uncomfortable because of the things that you are doing.

13. Do not call or text rapidly

It is never a good suggestion to call or text in a rapid motion if she doesn’t answer. If she is busy at work or her phone is charging it is normal for her to not text you back or call you back. Guys who freak out just because of trivial things like why she is not calling back can be rendered as creepy.

14. Do not creep a girl over the phone

Many a time girls who work in the service centers are called up frequently by guys saying that she has a very nice voice and he would want to meet her. Face the truth it is not at all a sweet move but a creepy one.

15. Do not Send multiple messages on social media

Continuously pinging a girl saying hi, hello, what’s up, hey, is not acceptable for any girl and it is annoying as hell. If you text once and you do not get a reply stop texting right away.

If you are careful enough to follow the given tips you will never creep a girl out ever again. Try to be attentive but never overdo anything to show affection as it might make the girl go distant. 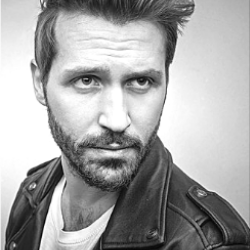 John Santana
John Santana is a 29-year old Irish Guy who loves everything about Dating and Romance. He believes that dating can and should be fun if you do it the right way. With the same beliefs, he shares everything what works and what doesn't works for him on The Absolute Dater, a go-to resource for Modern-day dating. When not talking about Dating, he can be found playing Golf at Cabot Cliffs or hiking at Larch Tree Valley with his friends.

Have you ever met someone who you suspect of liking you? Do you feel he wants you to be his girlfriend? If yes, you’ve got to scroll through for something exciting! While a few guys gear up the courage to confess their feelings and want a relationship, some just don’t have the confidence. Will she…

First dates are rainbows and butterflies and everything in between. The eye contact, the tender touchers and the endless conversations that make you heart beat a little faster. But let’s admit it, what follows after that is texting, a lot of texting! My date was nowhere near to what I thought it would be, but…

Let’s admit it, being a girl picking up signs from a guy that says, ‘I like you!’ is pretty easy. But when it comes to identifying a shy guy’s feelings, it can get quite daunting. In my experience, it took me a whole of 6 months to comprehend that the guy in ‘curtains’ was all…

Have you been flirting with a girl for days? Are you confused whether she likes you over text? If yes, we’ve got you covered! Developing a liking for someone might not be difficult but to make them like you back is a challenge. If you’ve tried your best at impressing them with your flirting skills,…

Turning a girl on over text is perhaps the sexiest thing to do when she isn’t around. The whining of her body when you type down your fantasies, the feel of her biting her lips, and the pleasure of her pain when she keeps typing your name with dirty emoticons are insatiably sexy. Have you…